It’s been more than a few weeks since I last posted an update about the progress of my own personal solar project. In addition to just being generally busy, I was also back in my native United States officiating my brother’s wedding and shooting off guns (really).

In episode #4, I excitedly announced that I’d soon be having carbonTRACK installed. That kind of happened, but due to complications both on carbonTRACK’s side of things as with with my crazy old meter box, that hasn’t fully happened yet. In a nutshell, I’ve now got 1 of 2 of the carbonTRACK units that I need installed. Ordinarily only a single unit would be necessary, but because I’ve got two separate systems (each with its own inverter), they apparently couldn’t accommodate it. 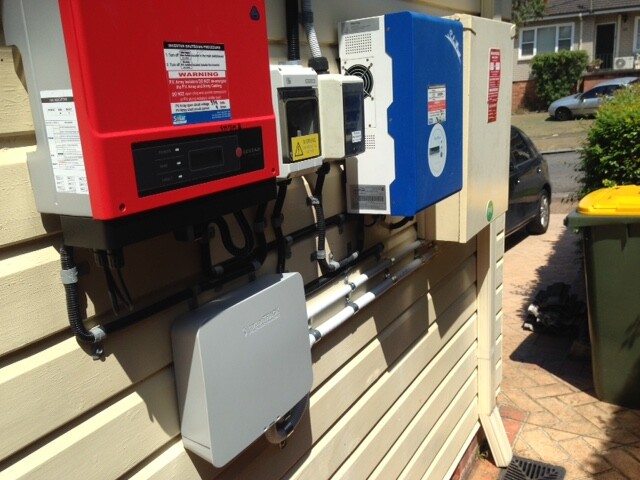 The first of two necessary carbonTRACK units to be installed (the grey box). Until I get the second unit, I’ve got access to some energy monitoring in my home, but it’s not really accurate.

Besides monitoring, one of the biggest things I was aiming to get out of carbonTRACK was remote control (or any control, really) of the electric element for my hot water tank, as I’m currently on a controlled load tariff where the network decides when my water gets heated. Due to a very busy meter board, however, the techs installing the carbonTRACK unit basically told me that it needs to be tidied up beforehand in order for this to happen. The main holdup is me deciding what the best and most cost-effective course of action is (we’re getting close). Although a bit crowded inside, fortunately our meter box is mostly in the modern era and not one of the super old-school ones with analogue meters that are present in many older houses. It also doesn’t contain asbestos, which is a bonus.

In the meantime, I’ve get full access to the carbonTRACK online monitoring portal and their app. I’ll wait until the system is 100% online to give it a full review, but for the time being here’s a glimpse of what I get to see. 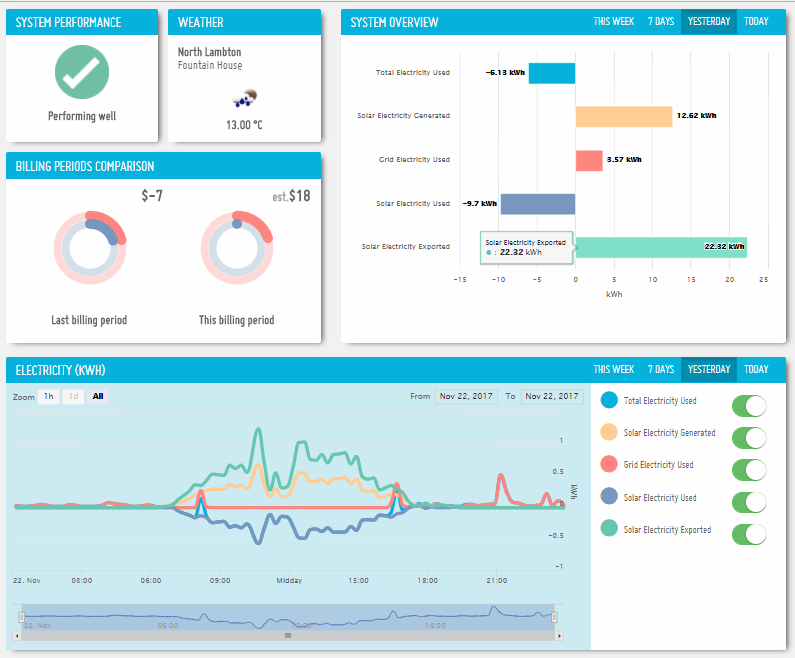 carbonTRACK’s monitoring portal. The numbers are temporarily out of whack until we can monitor the second solar system, but it’s still interesting to see how usage in real life results in spikes in the charts. I’ll also be able to get rough electricity spend estimates in advance of my quarterly electricity bill. 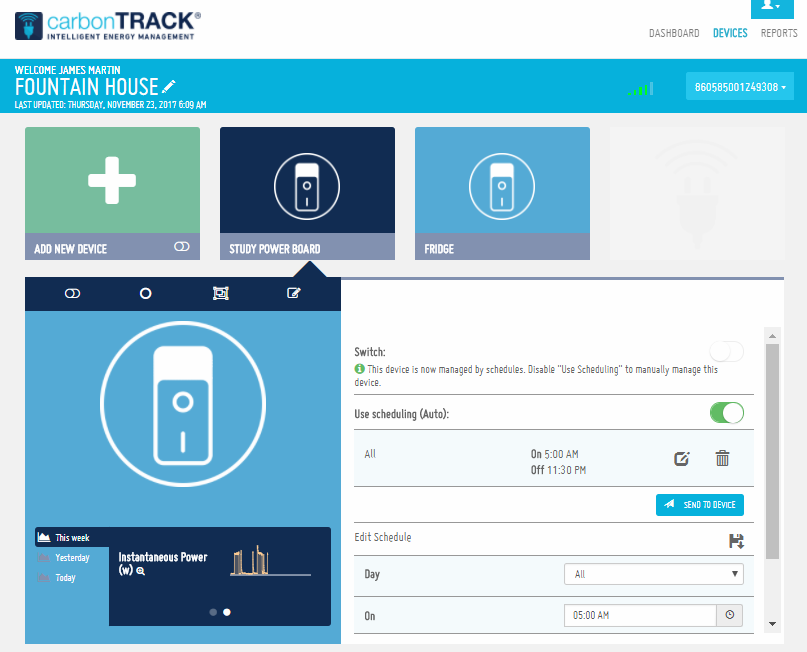 carbonTRACK also sent me two smart plugs for monitoring and controlling power outlets. I used one to put the power board in the study (where all the chargers are plugged in) on a timer schedule, and I’ve been using the other one to see how much energy the fridge consumes (which turns out to be about 10kWh per week, which is better than I expected).

More detail to come on this front once the second unit is installed & operational.

On a separate note, I also managed to hook up monitoring for the newer 2.2kW solar system on my roof; the GoodWe inverter that it uses has built-in WiFi monitoring which just needed to be configured to be rendered functional. As an inverter-based monitoring system, it only tracks solar energy production, but it’s still good to see how it’s performing. I can see now that the system has to date produced over 1.8 megawatt-hours (MWh) of energy, but unfortunately any more detailed stats have been lost as a result of the reset we did and the fact that the monitoring has been offline for at least a few months now (or possibly forever, as I don’t know if the previous owners used it at all.) 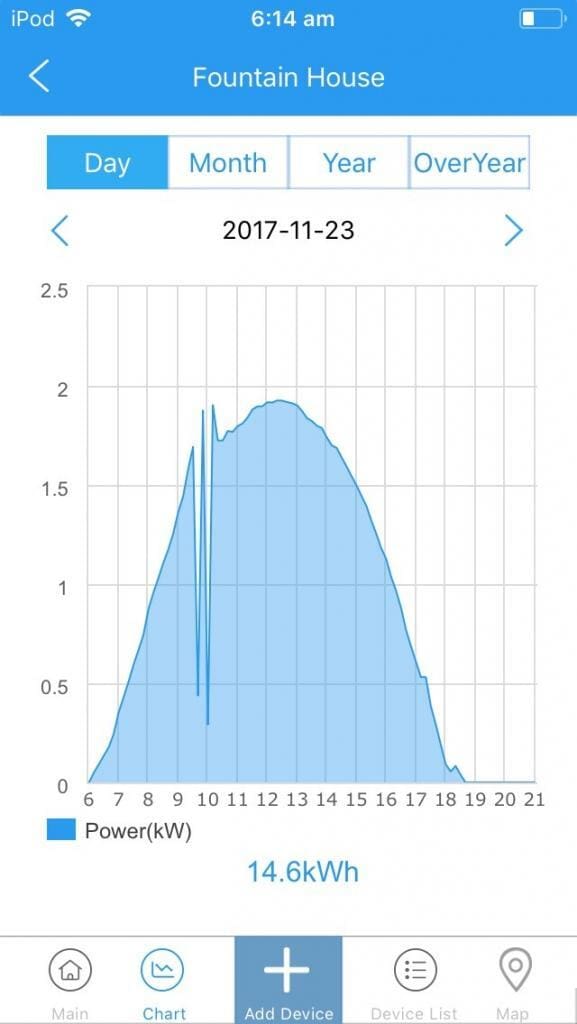 A screenshot from the GoodWe monitoring app. 1.8MWh of energy has been produced by the system to date (it was installed earlier this year). The system clocked in about 14.6kWh of energy on 23 November – my first full day of performance monitoring. I’ve also noticed that GoodWe sends me daily performance update emails, just in case I don’t have a chance to look at the app or web portal.

The Samil Power on the older system on my house does not come equipped with WiFi monitoring – just an LCD display that gives me basic stats on performance. This means that at the moment I’ve got inaccurate monitoring of my solar production & energy consumption with carbonTRACK and the ability to accurately monitor one half of the solar on my roof. I’ll go ‘glass half full’ on this one for the time being and say that I’m glad to have something up and running, but am looking forward to getting the full, accurate picture once the remainder of the systems are installed (including Solar Analytics and Reposit First).