For several years now, home solar battery storage has been a hot topic in Australia, and 2019 looks set to be the best year yet for batteries. If you’re actively considering battery storage for your own house, we’ve compiled a list of 8 things that will put you well on your way towards making the right decision.

1. Now is a good time to start looking into battery storage

Rooftop solar photovoltaic (PV – aka solar electric) technology has been mainstream for about a decade now, but grid-connected battery storage is still a relatively new idea. This means that battery products are not at the same stage of commercialisation or mass adoption that solar panels & inverters are, and we’re still more or less in the ‘early adopter‘ stage.

The biggest hurdle that most people run into as they consider battery storage options is capital cost. The retail price for many battery products is larger than the cost of going solar (only) with the most popular system sizes (4kW, 5kW, 6kW), and adding batteries to a solar system can easily double the price. 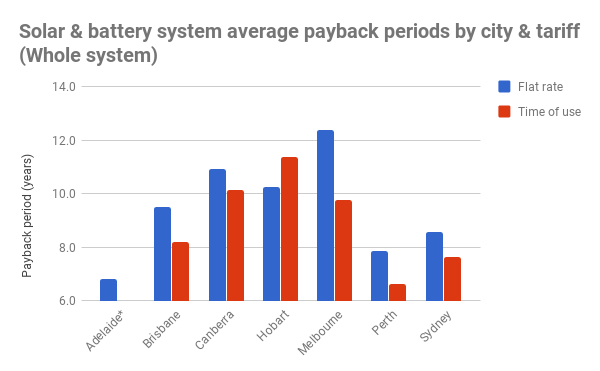 But interest in energy storage is understandably high, with grid electricity prices through the roof in a nation (yes, Australia) where solar power is so common that one or several of your neighbours probably already have it – even if you don’t (yet). In these conditions, many people feel that battery storage is just another step towards energy independence. This is exactly why Tesla decided to launch their Powerwall here!

Meanwhile, battery storage system prices are on their way down and more and more products are becoming available. Depending on what you pay for electricity and how you use it throughout the day, batteries could already be a viable option for you.

In a nutshell: It’s not all just hype – batteries already make sense for people in the right situations who find the right deal. Check out our article: Which cities are best for battery storage?

Also keep in mind that solar makes plenty of sense on its own (without batteries). See our article: Is solar power still worth it in 2019? 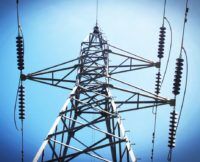 Make sure you’re not making the common mistake of getting your terminology mixed up: Just because your system has batteries doesn’t mean you’ll be ‘off the grid’ (or even have emergency backup functionality, for that matter).

Going forward, the vast majority of solar & battery systems will maintain a grid connection, as going off-grid requires lots of extra solar & battery capacity (which means substantially higher cost) to get your home through the worst weather days. Instead, most solar homes with batteries will be largely energy independent on a day-to-day basis, but will still rely on the grid to ‘fill in the gaps’ when their locally generated (and stored) energy falls short.

3. Most battery products out there have a lithium chemistry

Lithium has quickly emerged as the battery chemistry type of choice for home energy storage. Lithium batteries are already in mass production for things like household electronics, electric vehicles and various other applications, making them an obvious choice for companies looking to get into the quickly expanding energy storage space.

The only viable alternative that is similarly already in mass production is lead batteries, but because of their characteristics and specifications, lead batteries remain better suited for off-grid applications rather than grid-connected. A handful of companies have tried to introduce alternative batteries into the space (e.g. Aquion and Redflow), but none have so far managed to find a way to compete with lithium on both performance and price.

4. Know the difference between ‘nominal capacity’ and ‘usable capacity’

Most batteries can’t actually fully discharge the energy that they hold without being damaged, so they’ve always got some kind of ‘in reserve’. This ‘reserve’ energy is effectively of no use to you; it may as well not be there because you can’t ever use it.

The capacity that includes this ‘untouchable’ energy is called ‘nominal capacity’ (given in kilowatts, kWh), while ‘usable capacity’ is the number that really matters.

[Related: How to read a battery spec sheet]

5. Batteries degrade – it’s a question of how fast and how much

The ability for a battery to hold a charge diminishes with use and time (unless, arguably, it’s a flow battery). Most lithium batteries come with a 10 year warranty that takes this fact into account. When you’re comparing batteries, there are two figures that should be listed on the spec sheets that you should pay attention to:

These two numbers give you an idea of how quickly a battery will ‘get old’. Keep in mind, however, that you are unlikely to cycle your battery more than once a day, which works out to about 3,650 cycles over a 10 year period (the typical duration for lithium battery warranties). While a higher cycle life may be a good indication that a battery will continue to operate beyond even after its warranty has expired, nothing is guaranteed at that point.

6. Getting a system with a hybrid/battery-ready inverter tends to work out better financially

There are two main approaches to installing batteries alongside solar panels:

By going with the second option, you’re cutting down on the number of components necessary for your system, which can (but doesn’t always) translate into a lower price tag.

7. Battery retrofits make the most sense if you’re also replacing an old inverter with a hybrid

For the same reason as above, retrofitting a battery onto an existing solar system will probably work out better financially if you’re using a hybrid inverter. On an older solar system, when the time comes to swap out an old (non-hybrid) inverter, it might be worth paying a bit more to get a battery-ready one and adding on batteries at the same time. Assuming, of course, that you’ve got a sufficiently sized solar system in the first place (we recommend having at least 4-5kW of solar if you want to add batteries).

8. Batteries tend to have shorter payback periods on ‘time of use’ tariffs

If you don’t know if you’re on a flat rate or a time of use (TOU) tariff, you should check your electricity bill or call your electricity retailer to find out. On a TOU tariff, you pay more for electricity during ‘peak’ hours and less during ‘shoulder’ and ‘off-peak’ hours. This price differential, coupled with the fact that most households use more energy during peak times (usually late afternoon & early evening), means that batteries tend to deliver bigger savings on TOU. If you do get batteries, consider switching to a TOU tariff (which may require some meter rejigging) if you’re not already on one. 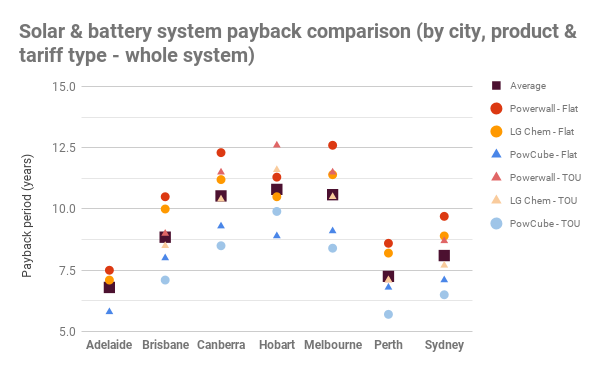 9. There are other potential benefits to batteries than just solar charging

Charging your batteries with solar energy is the most basic (not to mention the most practical and financially important) way to use them. That being said, batteries offer a suite of other benefits to homeowners, including: