At the start of 2014, solar PV system prices are up in Canberra and steady in other capital cities, except among 1.5kW solar systems. Although included for all other cities as per usual, pricing data for Tasmania is under review for the new year, and consequently has been left out of this month’s graphs and charts.

All prices in the table below are inclusive of the federal STC discount.

With Tasmania left out of the calculations, Melbourne is now home to the highest average system prices in the country. Sydney and Perth are as usual home to the lowest averages, while Perth has the the lowest prices (in absolute terms) of any of the cities included. 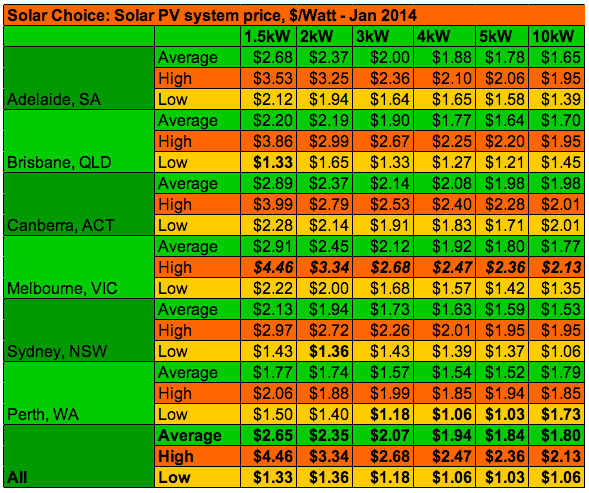 STCs accounted for a discount of approximately 72c per watt (W) for Zone 3 cities (Sydney, Canberra, Perth, Adelaide, and Brisbane), whilst this discount was around 58c/W for Melbourne.

The table below contains the brands of components used in each of the cities included in installer pricing details. 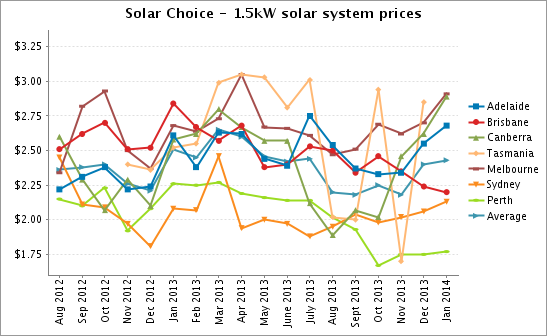 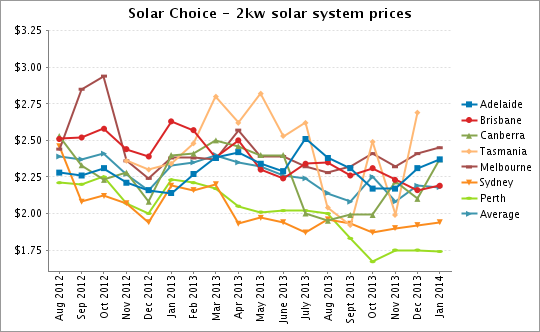 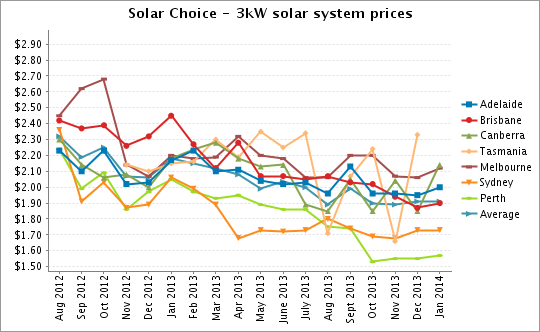 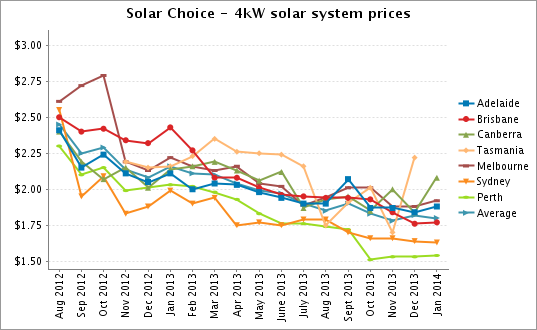 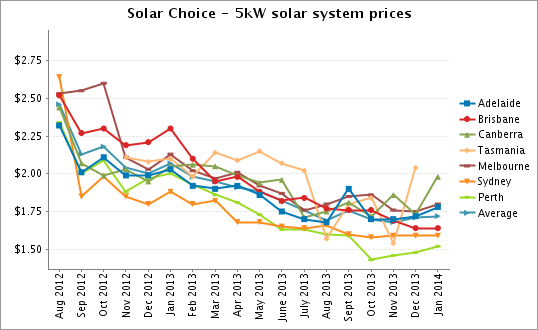 Tables and charts included in this article were compiled using data from Solar Choice’s installer network database, which contains regularly-updated pricing and product details from over 125 solar installation companies across Australia. Prices do not ordinarily incorporate meter installation fees or additional costs for difficult installations. The discount available to Solar Choice customers is also excluded from calculations, as are prices for ‘premium’ installer offerings.